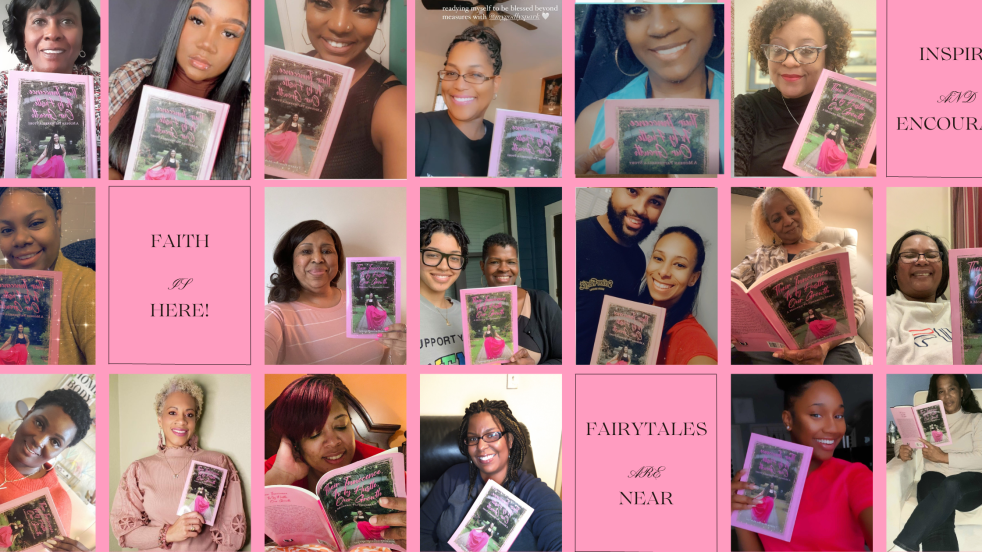 Hello All. I want to thank you for following my journey in faith week after week and for being engaged in the topics I bring up as well. I am starting a new series to coincide with my “Blessings series” called the “Discussion Series”. I would love to interact with you all to see what your experiences have been in the certain topics I will be discussing weekly. This first discussion topic will be about using profanity. Is it harmless or harmful? Let me know what you think in the comments section. I know there are many different points of view on this topic and mine is only one. Its a blessing to have a testimony to help others live out their journey as well. Now let’s get into it shall we.

******
One day I was walking my three boys to the bus stop. It was a beautiful, warm morning and we were having great mommy/son conversation.
As we neared the curb to get to the bus, I saw two boys between the ages of 8 and 10 running around horse playing. No big deal right?
Then as the bus started to pull up and the boys were picking up their book bags, they started using profanity. I mean these boys would have gotten an “A” in creative profanities speech class if one existed.
They were screaming the words at the top of their lungs, egging each other on, to see who can say them the most and the loudest.
Now mind you, there were other kids out there ages 5,6 and 7 like my son who were hearing the “potty” words fall out of these little boys mouths.
To say I was appalled would be an understatement, but these were not my children. I could not yank them up by their collars and wash the bad words from their mouths with soap. Old school right?
All I could do was look at my son, and give him the speech. Yes, the “You better not ever let me hear you using that language,” speech. And to add more fire to it I made sure he understood that God does not bless profanity nor does He condone using language that only hurts others.
You may agree or disagree with this but this situation brought up a serious point.
How do we parents and/or adult care givers handle profanity around our children?
Alright, this topic of cursing aka profanity is very controversial because let’s be honest, we all do it, have done it, thought about it, and frankly have made these words a part of our everyday conversations.
Profanity, as defined by Merriam-Webster, is “an offensive word” or “offensive language”. It is also called bad language, strong language, coarse language, foul language, bad words, vulgar language, lewd language, swearing, cursing, cussing, or using expletives.
I am guilty of using the language but I have never been one to feel comfortable saying these words or have them said around me.
I have family members and friends that use profanity in every other sentence and I have to wonder if there are better ways to get our point across.
Especially when evidence has found that the language used at home will be used by our children. Even if they do not truly understand what they are saying, they are smart enough to pick up the context in which the word is used and the force behind them.

“Let no corrupt communication proceed out of your mouth, but that which is good to the use of edifying, that it may minister grace unto the hearers.” Ephesians 4:29
How many of us like being on the other end of foul language and swearing? How many of you in anger, cursed someone out or used a curse word to describe the person you are mad at?
The bible is full of words describing anger, frustration, joy, love, sadness, pain, guilt, forgiveness, sacrifice, and friendships.
When Jesus was crucified and suffered great pain for us, he did not once curse His persecutors out. AMEN?
He did not use foul language to describe the depth of the pain and despair He felt for our iniquities and transgressions.
Yes, He was absolutely perfect but He had plenty of opportunity to succumb to the not so perfect end to His life.
I am just asking that you think before you speak adults because our children are listening; MY children are listening.

“The tongue has the power of life and death, and those who love it will eat its fruit.” Proverbs 18:21
I am responsible to speak life or death into others. And I must be intentional in private as well as in public. Unfortunately children do not have the authority to tell us what not to say around them. So we must take on the responsibility ourselves.
I challenge you to choose your words wisely this week. Because you never know who is being influenced by what you are saying.
As always you got this!
Sincerely,
Terryn

13 thoughts on ““Profanity: Is it Harmless or Harmful?”/My Modern Day Journey in Faith/”Discussion Series””

What is Your Weekend Vibe?

A Vision of My Godly Dream!#divineconnections